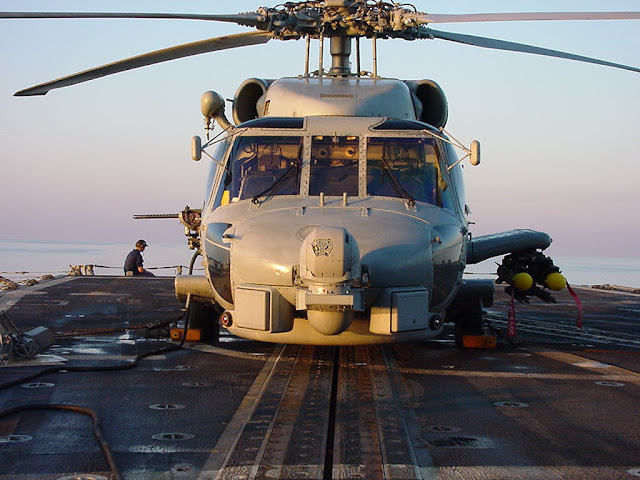 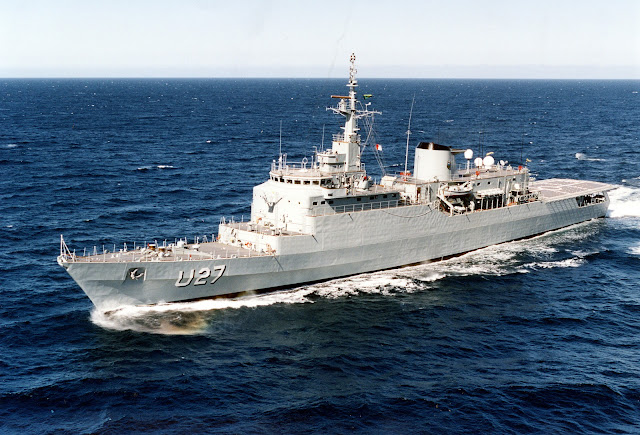 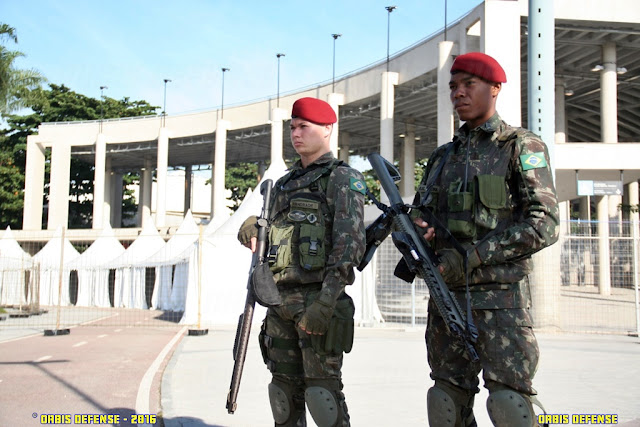 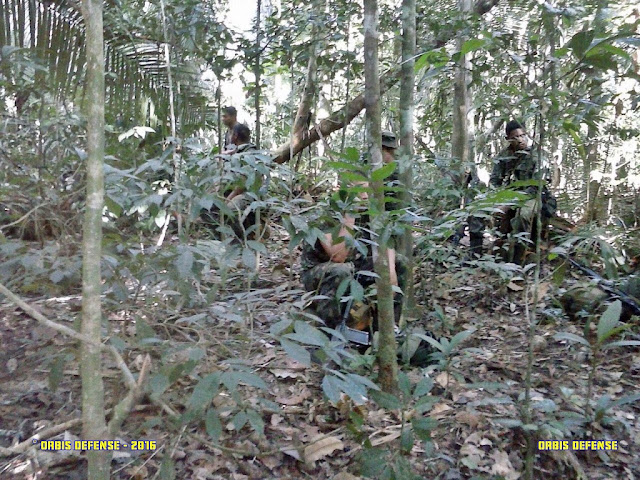 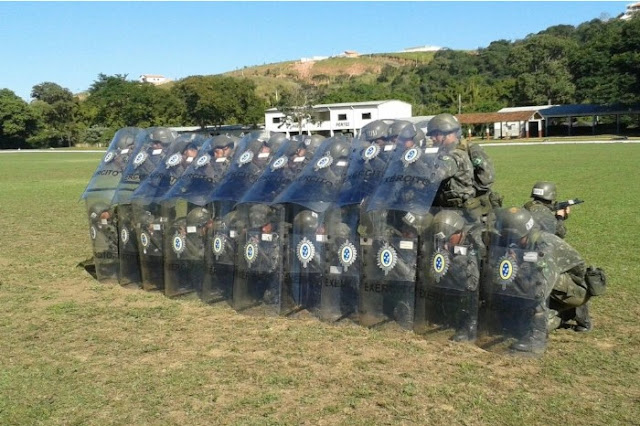 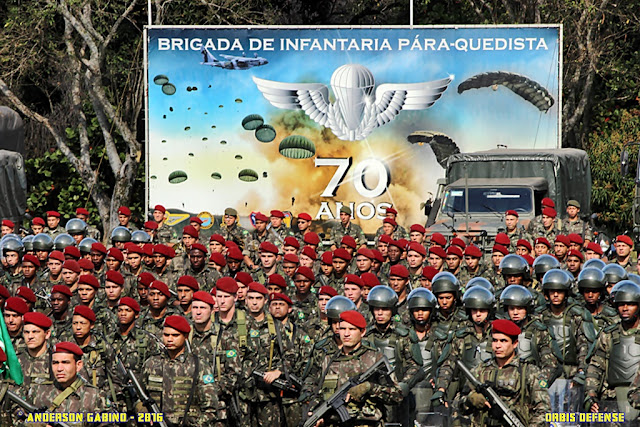 Military experts on Twitter have started to dissect footage captured of one of the Dallas shooters as he ambushed police officers during a protest in the city's center on Thursday night.
In the deadliest day for US law enforcement since the September 11, 2001, terrorist attacks, five police officers were shot and killed by snipers during what had been a peaceful demonstration to protest this week's police-shooting deaths in Louisiana and Minnesota.
Seven other officers were injured: Two underwent surgery and three are in critical condition, according to the police.
Malcolm Nance, a combat veteran and retired US Navy Intelligence official, tweeted an analysis of one of the attacker's tactics, caught on video, as he opened fire.
In the graphic video, the attacker — who has unofficially been identified as 25-year-old Micah Johnson — can be seen firing on an unknown individual who had been hiding behind a pillar. It was unclear whether he acted alone.
Mais informações »
Postado por Orbis Defense às 7/08/2016 01:50:00 PM Nenhum comentário: 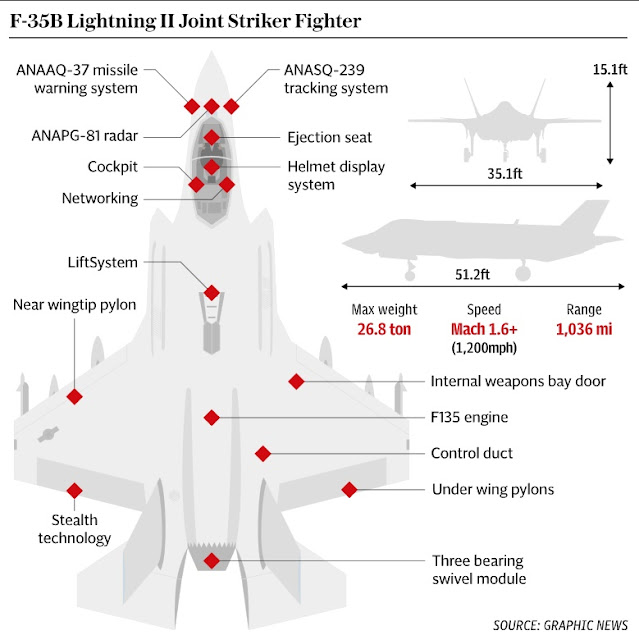 Britain’s newest jet fighter has finally made its first public flight, zooming over the crowds at the Royal International Air Tattoo at RAF Fairford in what a government minster called “a demonstration the UK is not retreating into its shell” after the Brexit vote.
Speaking moments before the F-35B Lightning’s maiden public flight in the UK, Philip Dunne, defence procurement minister, spelled out the importance of the aircraft programme to the UK’s national security and defence industry.
Mais informações »
Postado por Orbis Defense às 7/08/2016 11:58:00 AM Nenhum comentário:

Prince George appears keen to follow in the footsteps of his pilot father and uncle after he climbed into the cockpit of an RAF jet at a military air show.
Prince George wears a set of ear defenders as he is carried by his father the Duke of Cambridge during a visit to the Royal International Air Tattoo at RAF Fairford Credit: PA
The young prince wore ear defenders as he was helped into an RAF Hawk jet of the Red Arrows at the Royal International Air Tattoo.
The Prince’s first official UK engagement alongside his parents began with a minor tearful tantrum, but he soon appeared enthralled by the displays at RAF Fairford in Gloucestershire.
The Duke and Duchess of Cambridge visited the show as the Air Tattoo stages official celebrations to mark the Air Cadets' 75th anniversary.
The couple met some of the 1,500 Air Cadets helping to run the airshow or taking part in the celebrations.

The Air Tattoo, staged at the Gloucestershire airfield in support of the RAF Charitable Trust, featured 247 aircraft from 19 nations last year.
Prince George waved to visitors, appeared intrigued by the tail rotor of a helicopter and pointed out jets roaring over the airfield.
The Duke and Duchess also had a close look into the cockpit of a Squirrel helicopter, the same aircraft the Duke trained on when based at RAF Shawbury in 2009.
The Duke served in the RAF as a search and rescue pilot on Anglesey, north Wales, for several years including the  first years of his married life.
The Duchess became Honorary Air Commandant of the Air Cadets, taking over from Prince Philip, in December and has been taking part in the celebrations to mark their 75th anniversary.

The ability to early detect threats to its home territory and the security situation around its periphery is what lies behind NATO's new 'defence and deterrence' measures, announced at its 8-9 July summit in Warsaw. This points to the allies' emerging shift in favour of joint intelligence, surveillance, and reconnaissance (JISR) capabilities and how they plan to achieve it.
Recent and forthcoming policy developments, for example, will set in motion a chain of budgetary initiatives, hardware developments, industry studies, and other measures to provide NATO's political and military commanders with trenchant, near real-time strategic JISR data streams in the future.
"This is a bigger change [in attitude] for the alliance than it appears on the surface," a veteran NATO official told IHS Jane's in Warsaw on 7 July. "You're looking at common funding for JISR, the distribution of intelligence across the allies on an equal basis and maybe even the possibility of bridging the civil-military intelligence split within the alliance. Those are no small step-changes in collective thinking for the 28."
The first step in NATO's JISR ambitions will be the allies' summit approval to create a new post of Assistant Secretary General for Intelligence (ASG-I). This will carry both symbolic and practical import.
"This will finally enable us to answer the question: 'Who is your Mr. Intelligence at NATO?'", said the official, adding that one of the ASG-I's tasks will be to steer and knit together military and civil intelligence streams because "we are still grappling to overcome that military/civil split."
No names are yet circulating for the new post but the most likely candidate will come from one of the three NATO members of the 'Five Eyes' intelligence-sharing countries (Australia, Canada, New Zealand, United Kingdom, and United States), according to allied diplomatic sources, who said Canada has expressed strong interest in the position.


Israel and the United States have successfully carried out a test that integrated missile defence systems that are separated by thousands of kilometres, the Israel Ministry of Defense (MoD) announced on 6 July.
The MoD described the test as the first of its kind and said it took place on 22 June. It was led by the Elisra subsidiary of the Israeli defence company Elbit and also involved the Israeli Missile Defense Organisation, US Missile Defense Agency, and the US military's European Command (EUCOM).
The MoD said the test involved scenarios that consisted of multiple missile and rocket attacks on Israel and that both Israeli and US air-defence systems successfully engaged and destroyed simulated threats.
It listed the systems involved as Israel's Arrow and David's Sling, and Aegis, Terminal High Altitude Area Defense (THAAD), and Patriot systems located across the United States.
No live-fire interceptor launches occurred during the test, but Israeli defence officials said some "operational aspects" of the systems were tested, without revealing further details.
"The test aimed to examine the real-time integration between Israeli missile defence systems - those that are operational and those under development [Arrow 3 and David's Sling], and the American systems, as well as testing the future capabilities of the Israeli and American systems," the MoD said.
The trial was carried out after the United States and Israel held the joint 'Juniper Cobra 16' missile defence exercise in Israel in February-March. This tested Israeli and US air-defence systems in a computer-simulated rocket and missile test.

The HEROS-titan delights the firefighting world 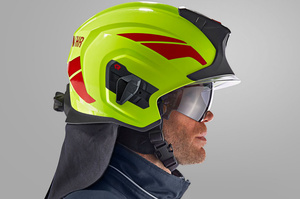 
Since its first deliveries, the HEROS-titan has conquered the world of fire fighters. First responders in Austria received the new helmet at the beginning of the year, and they have been impressed by the low weight and superior comfort of the HEROS-titan. But the helmet is also being received extremely well internationally. "The rush is enormous," says Production Manager Peter Staudinger, who has already made provisions: "Due to the high demand, the production capacity has been significantly increased."

Particularly noteworthy is the high demand for helmet lamps: "Integrable helmet lamps have been ordered in 87 % of HEROS-titan orders," says Peter Staudinger. The advantages of this lamp are obvious: It can be attached to the helmet at the press of a button and has been completely redesigned compared to the previous model. The new helmet lamp impresses with significantly more power and optimized brightness.
The HEROS-titan is available in many different colors, with a number of different options to choose from. Anyone who wants to create their own HEROS-titan can do so using the online configurator. 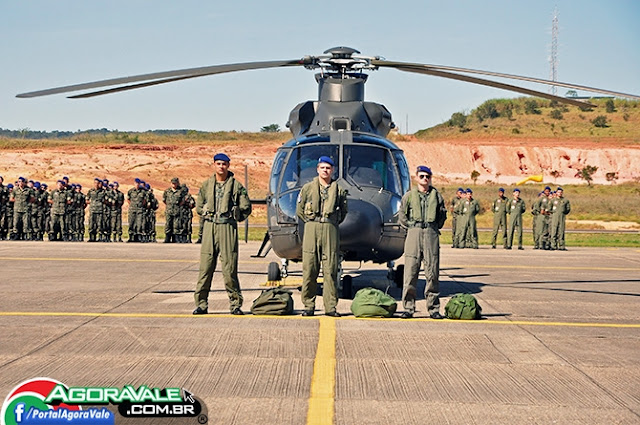 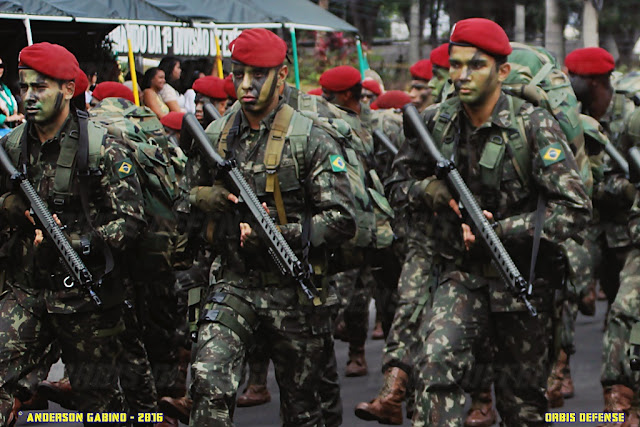 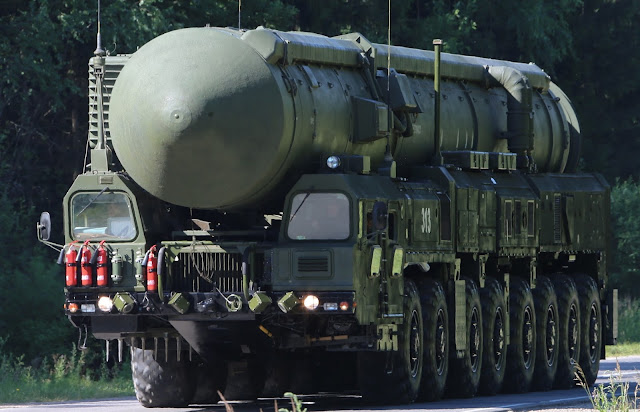 Russia has started large-scale preparations for flight tests of the new "Sarmat" heavy intercontinental ballistic missile which is set to join the service by 2018. The former Chief of Staff of the Strategic Missile Forces, Viktor Esin, said that the missile will replace the most powerful RS-20V Voevoda (according to NATO classification - SS-18 Satan) ballistic complexes. "These missiles have been in service for more than 25 years, with each of them able to deliver ten megaton nuclear warheads at a distance of more than 11,000 kilometers, guaranteeing inevitable retaliation in the event of aggression against Russia," news website Izvestia reported Esin as saying.
Mais informações »
Postado por Orbis Defense às 7/07/2016 02:13:00 PM Nenhum comentário: 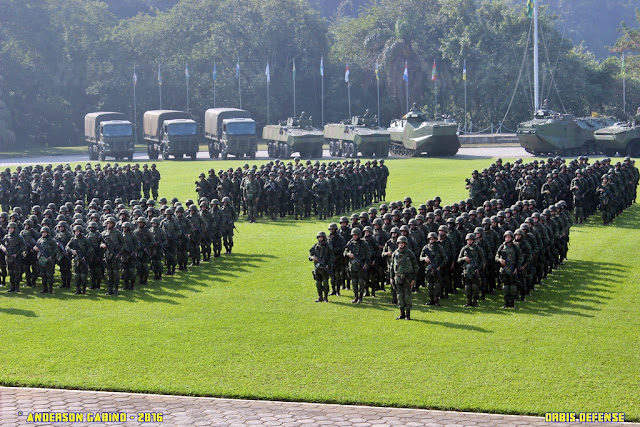 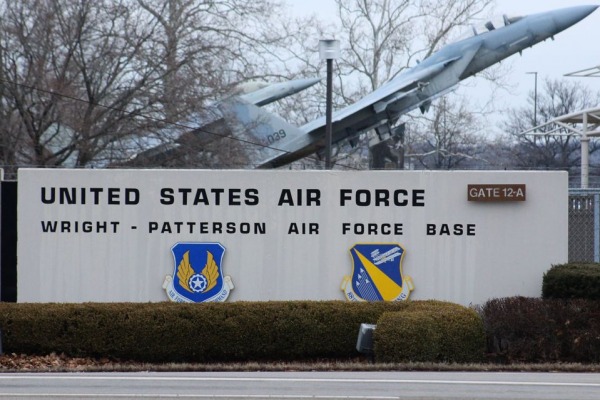 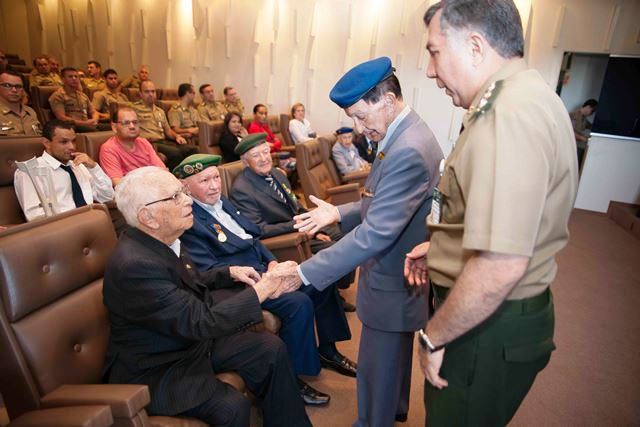 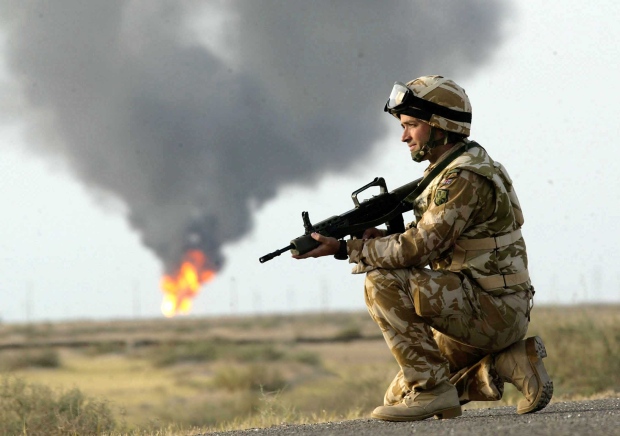 The Chilcot inquiry report on Britain's role in the Iraq war could still have significant fallout when it is published Wednesday -- even though it is seven years after the probe was launched. Here are some of the likely ramifications:

The former Labour prime minister took Britain into the US-led invasion, making the case to the public and parliamentarians, many of whom were strongly opposed.
Mais informações »
Postado por Orbis Defense às 7/06/2016 02:18:00 PM Nenhum comentário: 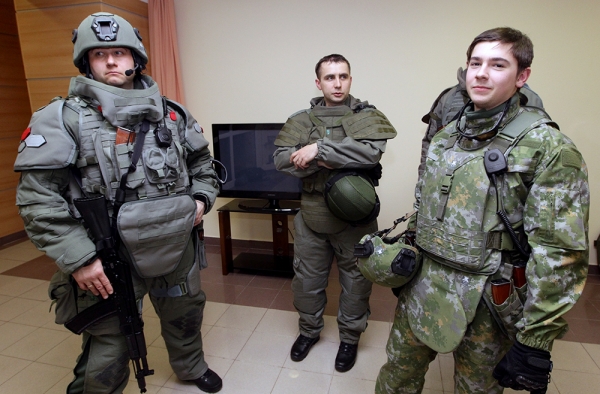 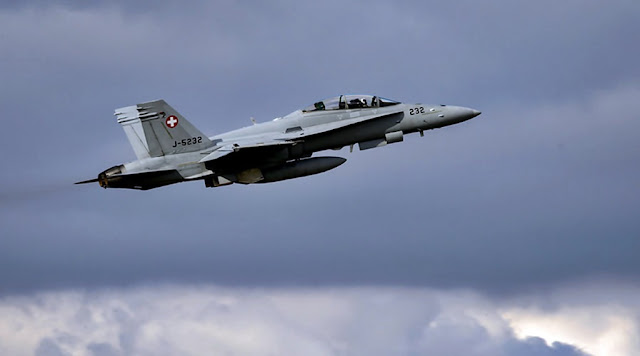 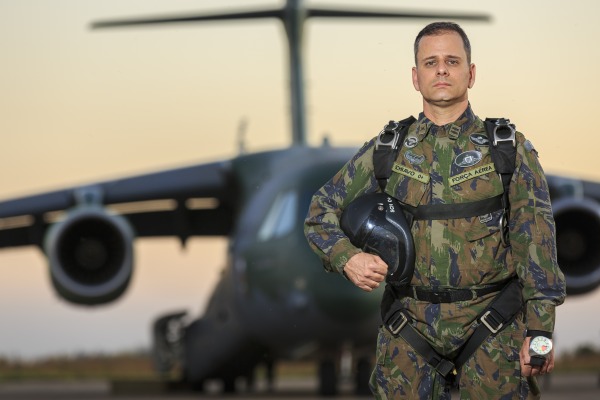 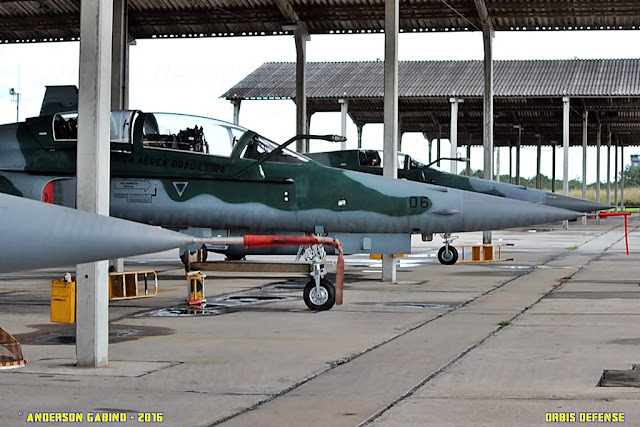 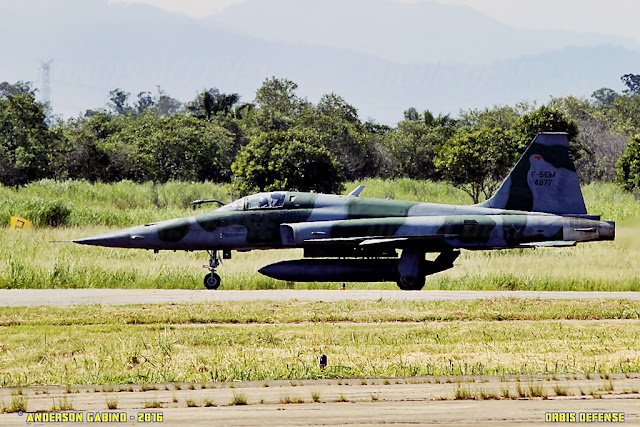