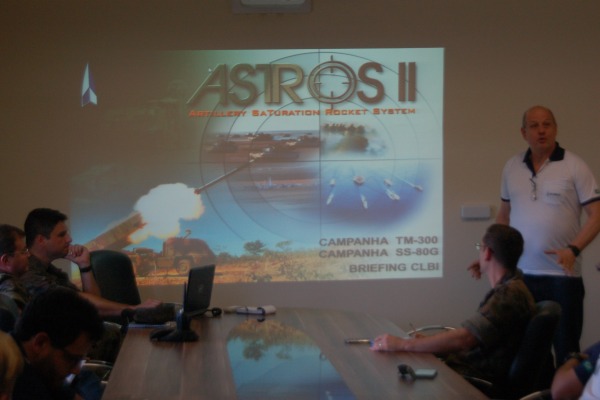 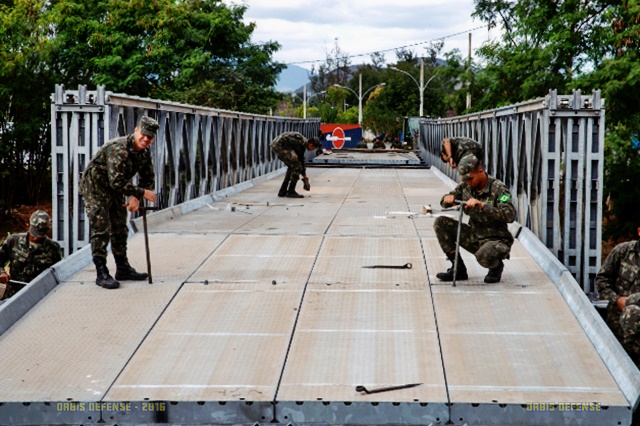 Russian military analyst Vladimir Tuchkov explains why the Russian Defense Ministry continues to order new Tupolev Tu-95 turboprop-powered strategic bombers, which entered into service in the Soviet (and then Russian) air forces over 60 years ago.

IAF An-32 feared lost in Bay of Bengal with 29 people on board.

An Indian Air Force (IAF) Antonov An-32 'Cline' turboprop transport aircraft with 29 people on board, including a four-man crew, was reported missing on 22 July over the Bay of Bengal while on a courier flight to India's eastern Andaman and Nicobar archipelago.
Eight civilians are believed to have been aboard the missing military aircraft, officials said.

Turkish military set for major shake up after failed coup.

By:Wording OD.
Turkey's military is to undergo a major shakeup following the failed and bloody coup attempt on 15 July, Turkish President Recep Tayyip Erdogan has announced.
Erdogan vowed to restructure the Turkish Armed Forces (TSK) and give it "fresh blood" in an interview with Reuters on 21 July. The shakeup forms part of the state of emergency declared in Turkey on 20 July.
One of the first steps may be the subordination of the TSK to the Ministry of Defence (MoD). Turkey is planning to call an early meeting of the Supreme Military Council (YAS) during the week of 25 July, where the measure is expected to be enacted.
The president noted in the same interview that he did not hear of the coup from either the Turkish General Staff (TGS) headquarters or the National Intelligence Organisation (MIT), but instead from one of his sons-in-law. As a result Erdogan signalled a shakeup in the intelligence establishments too.
As JDW went to press, Turkey has detained 6,823 officers, including 124 generals and admirals, linked to the coup. 1,457 have been formally arrested, including senior commanders like: 2nd Army Commander General Adem Huduti (in charge of the fight against the Kurdistan Workers Party - PKK); General Bekir Ercan, the commander of Incirlik Air Base (from which two Turkish KC-135R tanker aircraft refuelled F-16s supporting the coup); and retired General Akin Ozturk, the former commander of the Turkish Air Force and YAS member. Gen Ozturk is alleged to have masterminded the air element of the abortive coup.
Turkey continues to hunt an unidentified number of other military suspects. Reportedly this includes a special forces team that missed killing Erdogan in Marmaris by only 15 minutes.

Japan has contracted four Bell-Boeing MV-22B Osprey tiltrotor aircraft in addition to five already ordered, the US Department of Defense (DoD) announced on 20 July.
The award, which is part of a USD544.7 million modification to a previously announced US government multi-year (MY) buy across production lots 17 to 21, brings to nine the number of MV-22Bs Japan has now contracted out of a requirement for 17.
Mais informações »
Postado por Orbis Defense às 7/23/2016 02:40:00 AM Nenhum comentário:

The US Air Force may make history and buy this cheap jet. 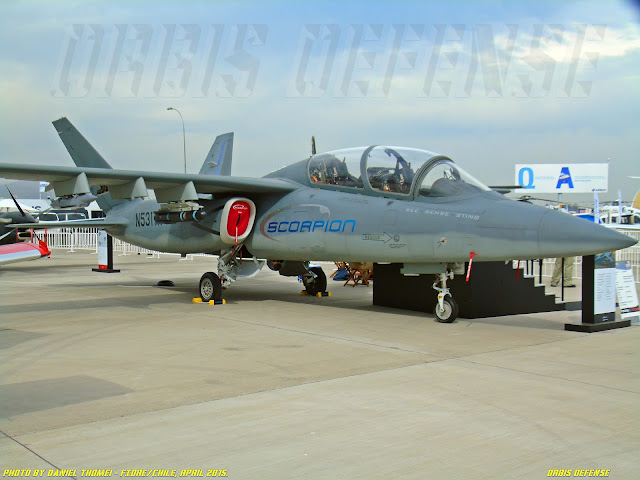 Years after initial development, Lockheed Martin's F-35 Lightning II finally seems like it's well on its way to enter the US's fleet of fighter jets. That doesn't necessarily mean, however, that the US Department of Defense isn't seeking alternative jets to supplement its squadrons.
According to Defense News, the US Air Force announced that it would begin testing aircraft that were not planned to be in its inventory. After signing a Cooperative Research and Development Agreement (CRADA) with Textron AirLand, the Air Force will begin a series of tests to determine if Textron AirLand's flagship jet, dubbed "Scorpion," will be airworthy.
Mais informações »
Postado por Orbis Defense às 7/23/2016 02:40:00 AM Nenhum comentário: 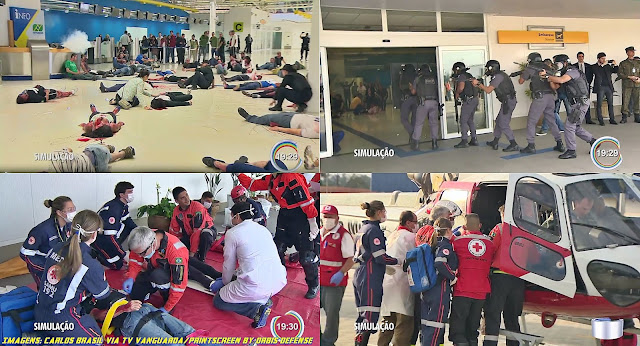 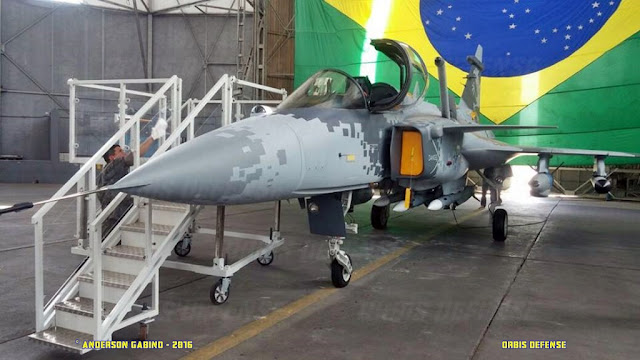 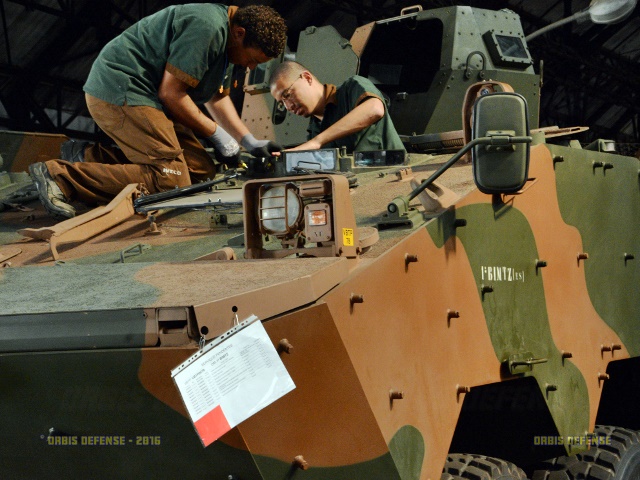 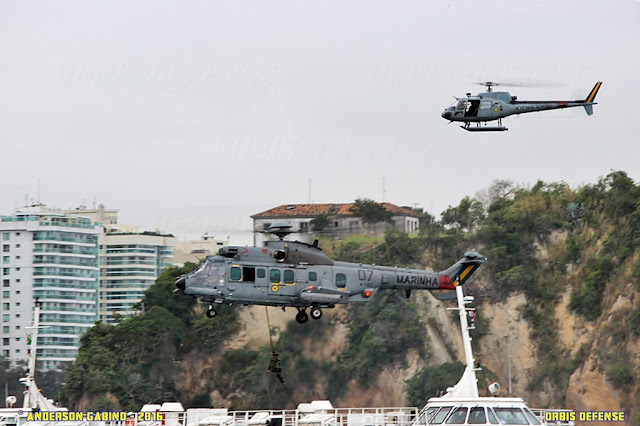 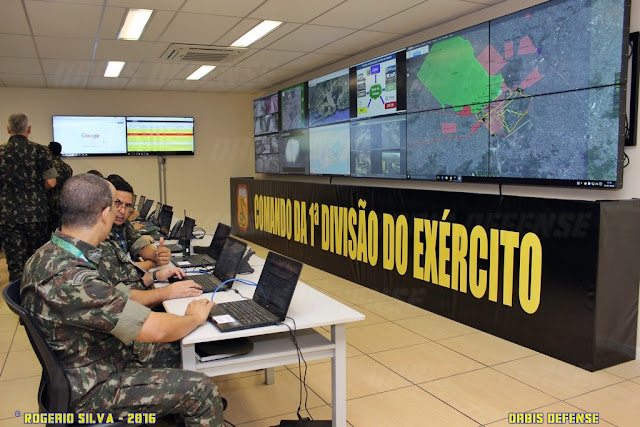 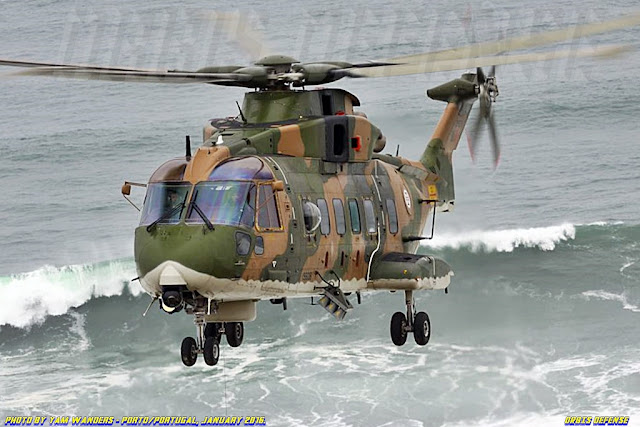 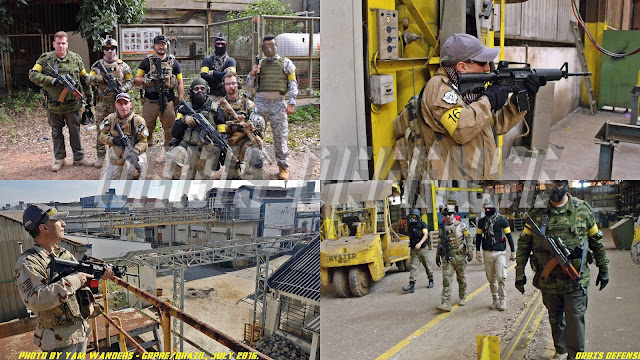 Despite Tensions With US, Lockheed Prepares to Hand Over F-35s to Turkey 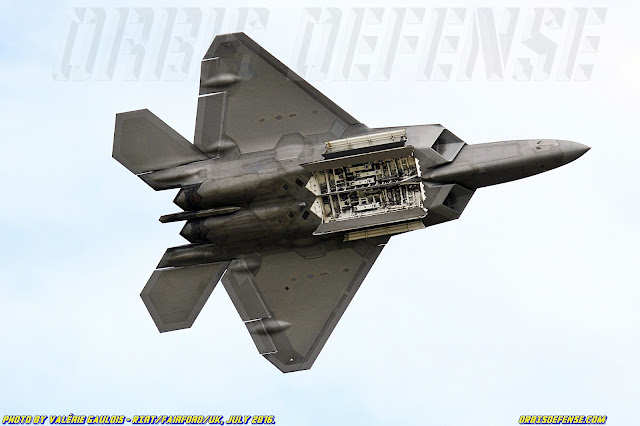 Despite increased tensions between Turkey and the NATO alliance and growing instability in the wake of last week’s failed coup attempt, Ankara will still receive its first two F-35 Joint Strike fighters. Details surfacing about Turkey’s failed coup suggest that the attempt nearly succeeded, in part because of the rebels’ access to aircraft. Helicopters fired on security and intelligence buildings, a tanker refueling aircraft was commandeered, and a pair of F-16s reportedly locked onto President Recep Tayyip Erdogan’s plane, as he fled the coastal town of Marmaris.

The Indian military is mobilising nearly 100 tanks near its border with China as part of latest measures to beef up its presence in the region. The deployment of the T-72 tanks in the remote mountainous region is directly aimed at challenging what it sees as Beijing's aggressive stance in the border area. The tanks have been deployed after the Indian forces made some significant improvement in their operations.
Mais informações »
Postado por Orbis Defense às 7/21/2016 05:00:00 PM Nenhum comentário:

The time, attention and effort devoted to reaching a deal with Iran over its nuclear ambitions has unwittingly tended to obscure the growing dangers of nuclear proliferation elsewhere in the world.
South Asia, a volatile and unstable region, has been witnessing an escalation in military and nuclear rivalry, somewhat overshadowed by the understandable fears of a nuclear arms race in the Middle East.
This part of the world, according to analysts, is fast becoming a race for nuclear supremacy between three powers - India, Pakistan and China (while technically not classified as South Asia, the country shares borders with both India and Pakistan). This rivalry in the eyes of many analysts is dangerous in itself but is made even more complex by the mutual suspicions and historical enmities that bedevil the region.
Mais informações »
Postado por Orbis Defense às 7/21/2016 03:00:00 PM Nenhum comentário:


The last decade has seen an inexorable resurgence of Russian naval power, set against increasingly uncertain relations between Cold War adversaries. As NATO responds to this strategic shift, Martin Ewence looks at how the alliance is using a more intelligent approach to improving interoperability.

When the UK Royal Navy (RN) Type 42 destroyer HMS Glasgow arrived in Baltiysk harbour in May 1994, with embarked senior staff present for formal talks with the Russian Baltic Fleet as part of continuing rapprochement with the Russian navy following the collapse of the Soviet Union, the base was a sorry sight. Destroyers tied to the wall were half sunk.

The UK's 'Seedcorn' personnel exchange programme has gone a long way to mitigating many of the risks that might otherwise have troubled the planned introduction into service of the Boeing P-8A Poseidon maritime patrol aircraft (MPA), a senior US Navy (USN) officer told reporters on 12 July.
Speaking at the Farnborough International Airshow 2016, Captain Tony Rossi, USN Program Manager PMA-290, said that the decision in 2010 by the UK Ministry of Defence (MoD) to second about 30 personnel to allied MPA forces in the wake of the Nimrod MR2 retirement and Nimrod MRA4 cancellation had been highly fortuitous in relation to recently announced P-8A procurement.
"'Seedcorn' was a great victory. UK crews already have about 1,000 hours of P-8 time - they are some of the most capable operators that [the US Navy] has," Capt Rossi said. "They already have about three to five years on the P-8, and so the UK will not be starting from a crawl [when its new aircraft begin arriving in 2019]," he added.
Following the retirement of Nimrod MR2 and cancellation of the Nimrod MRA4 in late 2010, the United Kingdom sent a core of qualified Royal Air Force (RAF) aircrew to maintain and develop their skills with MPA squadrons in Australia, Canada, New Zealand, and the United States,
Of these, about 12 have been serving aboard US Navy P-8s based out of Naval Air Station Jacksonville in Florida. Although usually integrated with US Navy and even Royal Australian Air Force (RAAF) crews that have been building up their own P-8 proficiencies, the RAF crews have on occasion operated on their own. Such has been their ability, that a UK-only crew actually won the US Navy's prestigious Anti-Submarine Warfare (ASW) Fleet Challenge exercise in 2014.


The French Air Force is to proceed with an upgrade of its Dassault Mirage 2000D combat aircraft that was approved by the Ministry of Defence (MoD) in late 2015.
The contract to carry out the mid-life upgrade (MLU) was announced by Dassault on 19 July, and will see the company carry out work primarily to the avionics and weapons systems.
Mais informações »
Postado por Orbis Defense às 7/21/2016 01:09:00 AM Nenhum comentário:


The US Air Force's (USAF's) Boeing KC-46A Pegasus aerial refuelling tanker successfully passed fuel to a Fairchild-Republic A-10 Thunderbolt II combat aircraft on 15 July, the USAF announced. The 4-hour flight took place out of Wright-Patterson Air Force Base, Ohio. The tanker offloaded 1,500 lb of fuel to the A-10 at 15,000 ft, according to the air force.
Mais informações »
Postado por Orbis Defense às 7/21/2016 12:58:00 AM Nenhum comentário: 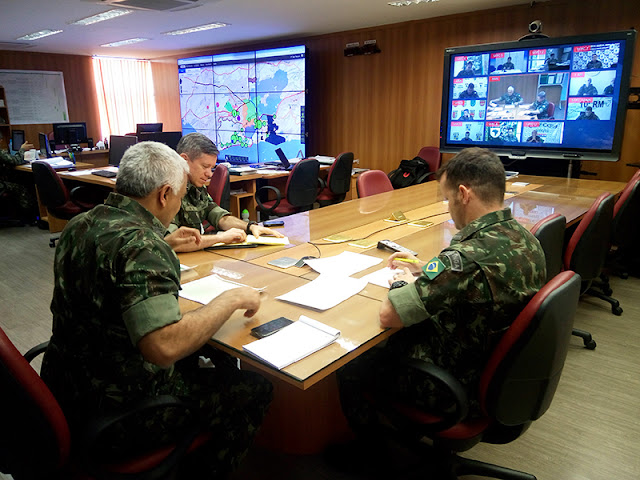 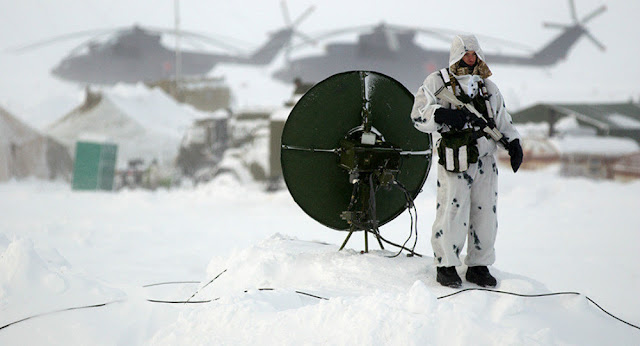 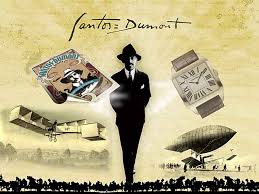 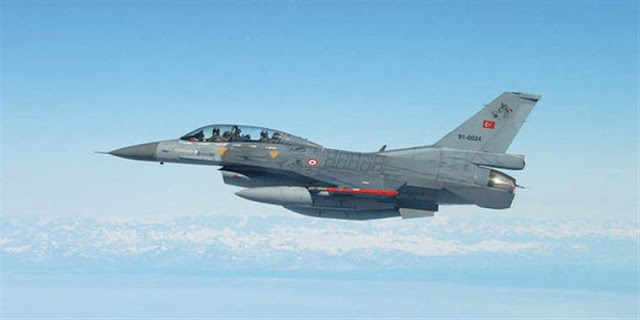 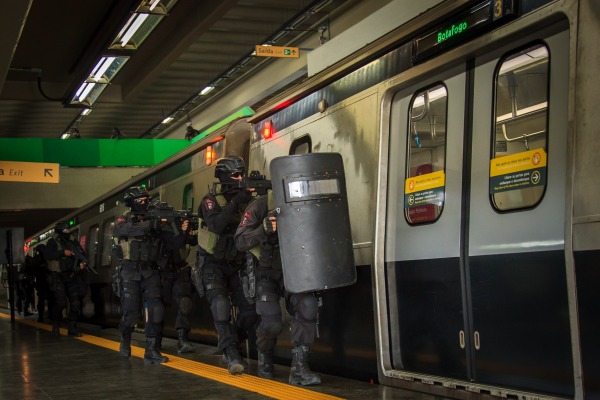 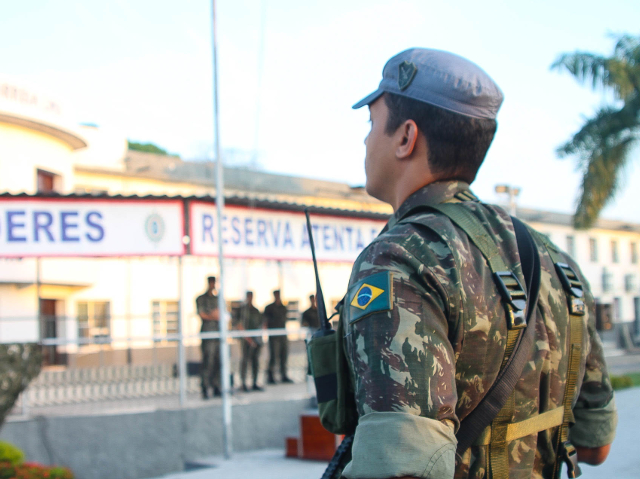 Following successful completion of a series of delayed operational evaluation trials in February 2016, the UK Royal Air Force (RAF) has finally declared an initial operating capability (IOC) for the Brimstone 2 low collateral precision strike surface-to-air weapon with its Tornado GR4 multirole combat aircraft. IOC was achieved in May but formally announced on 13 July at the Farnborough International Airshow 2016.

Islamic State caliphate shrinks a further 12 per cent in 2016

Lockheed Martin has conducted the first flight test of its new INFIRNO modular turreted sensor for rotary- and fixed-wing aircraft.
The 15 inch system is designed to enable easy repair and maintenance, while offering military forces a sensor that can be easily maintained and tailored for specific missions.
INFIRNO is built around nine separate line replaceable units (LRUs) that will be supported by a sophisticated built-in test algorithm suite that will tell maintainers when a component fails and requires replacement.
Mais informações »
Postado por Orbis Defense às 7/19/2016 06:12:00 PM Nenhum comentário:


Boeing and Lockheed Martin have confirmed their interest in pursuing the Japan Air Self-Defense Force (JASDF) requirement to replace its Mitsubishi F-2 multirole fighter aircraft.
Speaking to IHS Jane's on 19 July, the US corporations said that they will aim to leverage their significant respective footprints in Japan in bidding for a programme, which could be worth about USD20 billion.
The Japanese Ministry of Defence (MoD) has recently issued a request for information (RfI) and has said it expects to make a decision regarding the JASDF's "future fighter aircraft" by fiscal year 2018, which commences April 2018.
The F-2 was produced in the 2000s in a collaboration programme between Mitsubishi Heavy Industries (MHI) and Lockheed Martin and is expected to be retired from about 2027.
A spokesperson from Boeing told IHS Jane's that the company was in the process of reviewing the F-2 replacement requirements. The spokesperson added that Boeing is "constantly looking for ways to grow [its] relationships and increase our presence in Japan, and are open to discussions with the customer to see how we can help meet their security needs".
A spokesperson from Lockheed Martin said, "Japan is seeking information from a variety of potential industry partners and we are certainly interested in another potential opportunity to bolster our long-standing partnership with Japan." The spokesperson added, "We are proud of our successful partnerships with Japan on the F-35 programme and MHI on the F-2 programme. We look forward to learning more about Japan's plans as discussions progress."
The RfI was issued in June to international combat aircraft manufacturers as part of a study into jet fighter technologies. The RfI closed earlier in July, with the companies - also likely to include Eurofighter and Saab - expected to present their information by the end of August.
The RfI is intended to support consideration of available combat aircraft as well as gauge international companies' willingness to participate in a collaborative programme as the MoD decides whether to develop the F-2 replacement indigenously or to enter a joint development programme with a foreign firm based on an existing fighter aircraft design.