75th anniversary of the first flight of a British jet aircraft testing the engine designed by RAF pilot and engineer, Sir Frank Whittle


Today marks the 75th anniversary of the first flight of a British jet aircraft testing the engine designed by RAF pilot and engineer, Sir Frank Whittle On 15 May 1941, the prototype Gloster E28/39, powered by a W1 engine, flew for 17 minutes from RAF Cranwell in Lincolnshire, achieving speeds of up to 350 mph.


The achievement meant that Britain had entered the Jet Age and less than two years later; the first jet fighter operated by the RAF – The Gloster Meteor – first flew from Cranwell. The technology revolutionised aviation and laid the foundations for the development of today’s RAF supersonic Typhoons that protect the UK and its interests round the clock, 365 days a year. It was also a personal triumph for Whittle, who was born the son of a mechanic in Coventry on 1 June 1907.

He joined the RAF as an apprentice in 1923 and was a trainee pilot at Cranwell from 1926-28, where he wrote a thesis entitled ‘Future Developments in Aircraft Design,’ which argued that piston engines and propellers were things of the past.


He retired from the RAF in 1948 with the rank of Air Commodore and was knighted the same year and went to work in America shortly afterwards. He died on 9 August 1996. 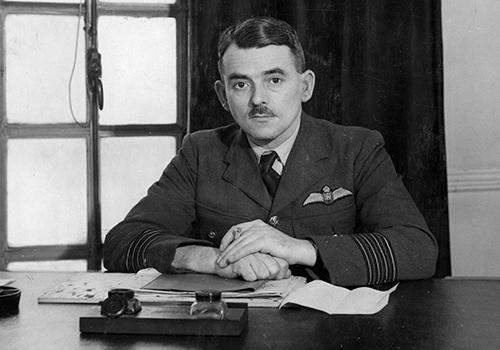