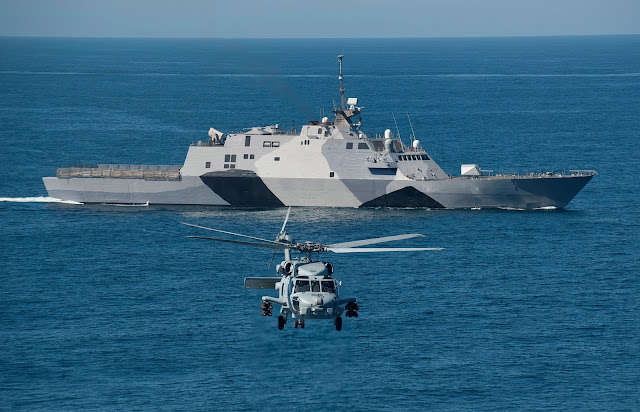 The U.S. Navy's first littoral combat ship USS Freedom (LCS 1) experienced a casualty to one of the ship's main propulsion diesel engines (MPDE) on July 11 caused by a leak from the attached seawater pump mechanical seal that resulted in seawater entering the engine lube oil system. The crew took action to address the leak, and Freedom returned to homeport July 13 on her own power to conduct repairs on a separate, unrelated issue. While in port, the crew performed seawater contamination procedures. From July 19-28, the ship returned to sea to complete its portion of the Rim of the Pacific (RIMPAC) exercise using gas turbine engines rather than its MPDEs.
Mais informações »
Postado por Orbis Defense às 8/30/2016 10:26:00 AM Nenhum comentário: